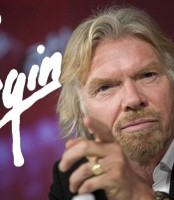 For the brand new opening of the Maverick MBA blog – I couldn’t think of a better way to start this off than with one of my personal heroes, Sir Richard Branson. This meaty video was shot on Sir Richard’s private island, Necker, with my good friends, Joe Polish and Marie Forleo.

Certainly my biggest business hero from the way he runs multiple companies to his own sense of adventure. It’s been incredible to spend significant time with Richard on his private island, Necker Island.

Every time I’m with Richard I marvel at how in the moment he is. He seems very relaxed and always spends serious one-on-one time with the person he’s speaking to. I also love the way he says “YES” to projects and adventures. While on Necker the second time around, Tellman Knudson, asked him to marry off Jodie and him. The impromptu weeding was set-up with Richard being Tellman’s best man. It was great! I’ve seen Richard say yes to new projects pitched his way over a rum punch.

Note: If you’re a highly successful entrepreneur who wants to create an impact – you may qualify to attend our annual Necker Island Maverick Experience with Sir Richard Branson. You can get placed on the wait list here.

From Richard, I’ve really picked up how his fingerprints are prominent on so many of his businesses. That culture of being “cheeky” is found throughout. In fact, I had the chance to read a branding manual for Virgin group and that’s exactly what they talk about it in there.

Another point I saw in action was his social consciousness. Founding Virgin Unite and using the power of entrepreneurship and innovative thinking to solve societal problems has been inspiring. In fact, the last time we were on Necker I wrote down this quote that stuck with me, “If you are going to make a difference you have to work hard at making a difference.”

Virgin Unite is the non-profit foundation of the Virgin Group. They unite people to tackle tough social and environmental problems in entrepreneurial ways. As the overheads of Virgin Unite are covered by Richard and the Virgin Group 100% of additional donations go to the front line where they are needed the most, for example, to support young entrepreneurs in South Africa, or homeless teenagers all over the world, or to stop young girls from suffering with fistula.

We support Virgin Unite, please get on board and do the same at http://www.VirginUnite.com. Still need to be inspired? You can join Virgin Unite and Richard for their incredible leadership gatherings around the world.